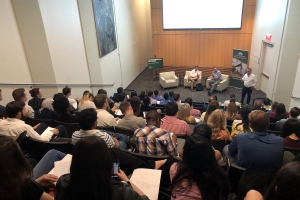 “What are some words that come to mind when you think about selling?” Chris Halligan, COO of Payzer, asked the audience. I heard the words “price”, “pitching”, “negotiation”, “closing”, “value” and a few others being shouted from different parts of the room. No one mentioned the one word Chris was looking for. “Selling is listening,” Chris told attendees of the April 11th Entrepreneurial Decisions Series. Chris was accompanied by Don Rainey, a longtime venture capitalist and current General Partner of Grotech. Don is also an investor in Payzer, which is one of the fastest-growing startups in Charlotte. If a duo like that is giving sales and investment advice, you don’t have to tell me twice to listen.

When I entered the MBA program at UNC Charlotte, I knew I would learn about finance, management and economics. I didn’t anticipate that in so many of my courses I would be learning how to listen. I’m currently taking Innovation and Design Thinking with Dr. Tuders. We are wrapping up with prototypes of products and services we have created as teams, and we have created these innovations by listening. We sought out a group of people that had something in common, listened to their pain points and went through the innovation process based on their feedback along the way. Likewise, during his talk, Chris spoke about the design process and having to listen to your customers as well as the market in a startup. He encouraged asking questions, soliciting feedback and doing research. Many of the steps he went through were the same steps I took to design a product in Innovation and Design Thinking.

I have to admit; the design process was hard. Listening was hard. It was hard not to do what I thought would work best, be the coolest or the most practical to implement. It was hard to listen to the consumer and deliver a product that would meet their needs, because I didn’t always agree with the feedback, or thought I knew better. As Chris said, “Listening is a valuable skill that is hard to master.” 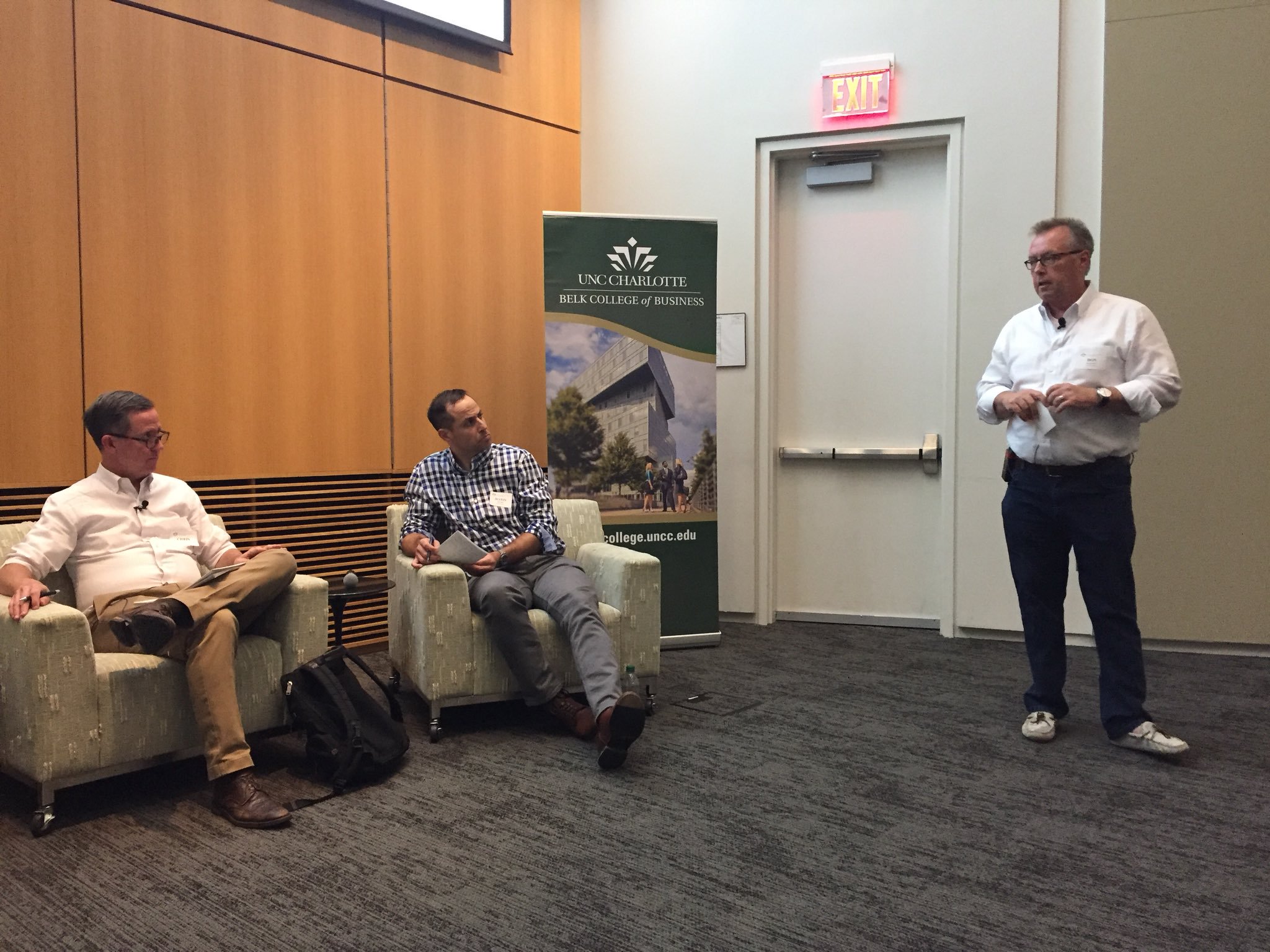 “Listening is a valuable skill that is hard to master.”

I also learned how valuable listening could be during my Negotiation and Conflict Management class with Dr. Kohut.  Before taking that course, I thought that negotiation was all about what I had to say, when in fact, it’s about listening to what the other person is saying. Chris echoed so many of the points that I learned in Negotiation and Conflict Management, such as paying attention to what is being communicated (not just what is being said), communicating empathy by listening and driving listening by asking questions. It was helpful to hear how all of these tactics I am learning in the program are things Chris frequently uses during sales negotiations for Payzer.

Don had some great stories of investments that were successful, and a couple that were unsuccessful due to bad timing. He said, “Every venture capital transaction is about agreed assumptions of the future.” I thought that was important, because if you aren’t listening to your investor’s assumptions about the future, you won’t know if they are the same as yours, and if that will be a good fit for your company. Don also talked about the importance of timing. He said he had brilliant investments fail because of timing and gave examples. We do many case studies on timing in the marketing concentration. We learn about listening to the market and adapting. You can’t bring a product to the market before it’s ready, or it will fail. You also can’t wait until your competitors have evolved and be left behind.

It’s silly to think that we even need to be taught how to listen as adults.  Isn’t that Kindergarten material? However, I am becoming more aware of how little people actually listen to each other and are just waiting their turn to talk. I am trying to be more conscious of my listening, because I know how valuable it is not only in my sales career but in my personal and professional relationship building. “Listening is one of the world’s most underrated skills. Cultivate it.”

I’m done doing all the talking, I’m ready to listen.

Lauren Shoaf, student in the Belk College MBA, serves as a Student Ambassador for her graduate program.  Learn more about Lauren in her Faces of Belk College profile or connect with her via email or LinkedIn.