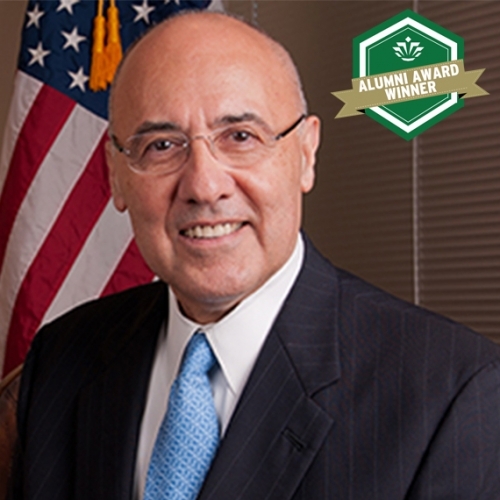 What did you learn in the Belk College that has best prepared you for your career?

There is no such a thing as black and white in some business issues, particularly those dealing with people. Coming from an engineering background this was a really important thing to learn. Some business issues are very complex and difficult to categorize. Secondly, I learned how to debate and argue a point without making the debate personal. Finally, I learned to be a better writer in English because of the many term papers we had to prepare. The professors were very demanding of our writing skills. With an engineering background, and since English was not my native language, this was a tall barrier to cross.

What was the best part of your Belk College experience?

We were divided into small groups of about 20 students per class. The students were very cohesive, very intense, and we were very dedicated to studying and learning all we could. The faculty sensed this and made every effort to push us. We had great debates in class about business cases. We had a great time and got some good laughs as we went along “fighting” over the cases we were studying.

What was your first job after graduation?

My first job after graduation was with Exxon Corporation as a business analyst. It was a great step up for me since I doubled my salary upon completion of my MBA.

When did you start Zapata Engineering, and what drove you to start your own firm?

I started the firm in 1991 because I had lost my job and had decided I wanted to have my own company built on my core values of trust, integrity and quality. I wanted to see if I could put into practice what I had learned in the MBA program.

What success did you have leading state-sponsored industry recruiting missions to Europe and South America?

I was involved in civic work very soon after graduation and was asked to chair the Foreign Investment Committee of the Chamber of Commerce. In this role I led delegations of local business people on recruiting missions to Europe. We were able to attract a large number of foreign companies to Charlotte that created many jobs in the area. I also led, at the request of the Governor, a delegation from the NC Ports Authority to Chile looking to attract fruit shipments to the Port of Wilmington.

Tell me about your efforts to revitalize Charlotte’s Sister Cities Committee.

During the late 1970s the Sister Cities Committee had fallen on hard times and was not functioning very well. I was appointed to the committee by then-Mayor Harvey Gantt, and the committee members elected me as chairman. I was able to bring the support of the business community to the committee, and we were able to reactivate the relationship with Arequipa, Peru, Charlotte’s first Sister City. Later on, I was able to add Krefeld in Germany, and Baoding in the People’s Republic of China. The Sister Cities relationships enable people to work with people in other countries in a more structured way on issues such as education, business development, municipal services, and many other areas of interest to communities. During my tenure as chair of the committee I was able to lead a delegation of 500 citizens of Charlotte to Krefeld, Germany.

What advice do you have for current Belk College students?

​Get involved in the community as soon as you can and participate in committees and other civic activities. This will make the city grow and attract more businesses to the area, which will make the university grow and add still more value to your degree.

Quote:
Manuel Zapata was a member of the first class at the Belk College to earn an MBA in 1972. Zapata, a native of Chile, is President of Zapata Engineering, a firm he established to provide engineering and construction services to the Department of Defense and private sector clients worldwide. Zapata believes in strong civic engagement and through the NC Department of Commerce, the Charlotte Chamber and Sister Cities program he has worked to strengthen Charlotte’s economic ties to the world.